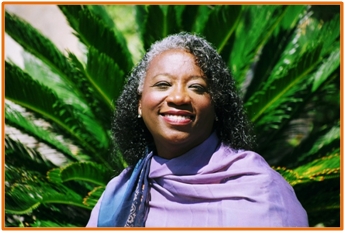 Stephanie was born bright and beautiful on July 21st in Los Angeles, California. She began telling stories when she was in the third grade. She loved stories so much that whenever anyone asked her anything it came out in the form of a story.

She began reading in kindergarten. Stephanie loved reading and she read everything; comic strips from the newspaper, the backs of cereal boxes, the dictionary, magazines, and books. If it was printed text, she read it.

At six years old, Stephanie read a note her mother had meant for her aunt. The note was supposed to be private, but Stephanie, wanting everyone to see how well she could read, read it out loud. Unfortunately the note was about a surprise her mother was planning and the person was sitting right there.

Stephanie’s first career was as a licensed psychologist with a specialty in children and adolescents, but she never left story-telling behind. She found a way to use it working with her clients. During her twenty year career, Stephanie began writing her stories down. She fell in love with the ability to tell a good story, keeping her audience enraptured.

Today, she has left psychology behind and is devoting her full attention to the art of telling a good story. Her goal is to write scenes that her readers get lost in.

Stephanie says, “…the thing I like most about writing stories is having the characters live in my head and second best is finding new ideas for my stories.” Stephanie believes there needs to be more stories that look like her grandchildren. Since these stories are difficult to find on the shelves of bookstores and libraries, she writes them herself.