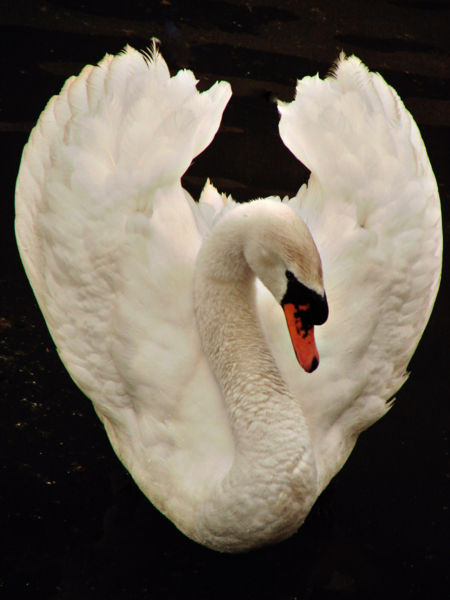 Jayla woke up lying on a cold, hard floor. “My head.” Pain exploded inside it like the hammering of a ship’s drive badly out of phase. She alternated between squeezes and rubs trying to ease the pounding. Stiff muscles made pushing herself up from the floor difficult.

Transparent, blue, glasslike walls surrounded the room. She could see through the walls, but there was nothing on the other side.

“Where am I?” She stared through each wall trying to get a fix on where she was and what could have happened. “There’s nothing out there. Not more walls, not the stars of space, nothing.”

She checked her timepiece as if that would give her some clue as to the what and where of her situation. “Six hours, have I been here for six hours? I have to get out of here.”

She slid her hand down the surface of the wall in front of her searching for a seam that might indicate the way out. A tight ball of fear began to knit itself in the bottom of her stomach. That ball was slowly growing into dread. “Why am I in here?”

“You will remain where you are. Do not attempt to leave the containment area.” The voice boomed against the insides of Jayla’s sore head.  She swiveled it back and forth trying to locate the direction of the voice’s origin.

“How can I leave a room that has no doors?” she shouted at the ceiling with more bravado than she felt. Jayla swung the heel of her hand at the wall hoping to cause some damage, or at the least get someone’s attention. This time when she connected with the transparent barrier a low buzz whizzed up her arm. It tickled the tiny hairs that covered her arm and numbed her finger-tips. “Youch! What was that for?” she said, snatching back her hand.

“Attempting to leave this area will result in further punishment.”

“Who are you? Why am I here?” Her anger warred with the panic rising within her.

“We will ask the questions,” the voice boomed. “State your name and world of origin.”

“How about you go first? Tell me who you are and then maybe I’ll tell you who I am.”

“You will display the appropriate decorum due the Magistrate.”

“Magistrate? I’m being judged? For what? What did I do?”

“You have illegally trespassed the province of Dreadna. A crime punishable by—”

“Dreadna? My flit was nowhere near the Crimeon sector. How could I have trespassed?”

“You violated the transit space of the vessel of the Regent Superior.”

“I did no such thing!” she shouted at the ceiling. “There was no vessel, Regent’s or otherwise, anywhere near my flit.”

“You deny committing this violation upon the person of the Regent?”

“What person? I never saw any vessel!”

“You would lie in the face of proof?”

The empty wall in front of her bloomed into a vid. It displayed a small two-person vessel floating in space.

“Is this your vessel?” A bright orange circle engulfed the small space craft.

Jayla squinted. She could just make out the registration numbers on the side of her flit. It looked so tiny with all of that space and the stars around it. “Yes, that is mine.”

“And still you deny your crime?”

“What crime? There are no other ships in the area.” She pointed at the representation of space surrounding her tiny ship. “How did I violate your Regent’s transit space?” She folded her arms across her chest and glared at the ceiling.

Off in the distance a second circle appeared on the wall. “The vessel of the Regent Superior.”

“That speck way back there?”

“You will refrain from all insulting language or severe punishment will ensue.”

“What insult? All I did was ask if that tiny speck…Oww, what was that for? Because I called that ship a,” She snapped her mouth shut and raised her hands in surrender to avoid another shock. “I apologize if have offended you. It was not my intention…”

“We searched your vessel. There were no documents identifying you or your homeworld, nothing that would tell us of your reason for being in this sector of space. Therefore we can only assume your presence is of a nefarious nature. You will state your business here and your world of origin.”

“Akran vessels don’t have any documents. It helps us keep our privacy and our freedom.”

“You are claiming to be Akrai? Can you prove this?”

“What proof do you need? You can see me can’t you?” Fear was giving over to annoyance and frustration. “Or is lavender skin and violet hair common on your world or any other world, for that matter?”

“Your insolence will not be tolerated. The purity of Dreadna is known throughout the galaxies.”

“And so is your pretentious, bigoted attitude,” she mumbled.

“What was that you said?”

“Nothing you’d want to hear,” she whispered. “I said, what do I have to do to get out of here? I want to go home.”

“You must prove you are no threat to the Regent Superior. The talents of the Akrai are well known. How do we know you haven’t stripped the Regent’s mind of important information, information that could be used by the enemies of Dreadna?”

“If you know so much about our talents, then you also know that those talents don’t develop until we are adults. Look at me…do I look like an adult to you?” Jayla lifted her arms, extended them out from her sides, and turned at a deliberate slow pace so she could be seen from all angles.

The crown of her head sprouted slender braids donning colorful crystals.  The nearskin travel suit she wore glittered in alternating bright hues that rivaled the sparkle of the crystals in her hair. The slips she wore on her feet pulsed with pigments of eye-blinding shades. This was the latest in fashion on most of the Allied Worlds.

“Your apparent adolescence is a factor for consideration. However…”

“But what? If you’d just let me out of here, I’ll be gone. Then there’s nothing for you to wonder about.”

“You will be released only when we are certain of your intentions.”

“You will maintain decorum or you will be punished.”

Just as the tingle began, Jayla lifted her arms out to her sides, she tilted back her head and let loose with a shrill, piercing note. She changed her pitch to one that complemented the first. The next note wrapped itself around the first two. She intertwined the notes until they became the plaintive wail of a lost soul, sad and beautiful. Sustaining the dirge siphoned off her strength, but she sang on. Her throat ached. Still she sang. The air of the room filled with her lament. She keened until the walls melted, dissolving into millions of tears. As the last of the walls dissipated, she found herself in the hold of a ship. There was her flit, moored not twenty feet from her.

Exhausted, she dragged herself into the pilot’s seat and engaged the engine. When the portal of the hold opened enough for her small craft to pass through, she fired the engine to full thrust, leaving the Regent’s vessel behind.

The com of her ship beeped an incoming message. Jayla opened the signal and her mother’s face filled the screen.

“Jayla, where have you been? We’ve been calling and calling. Your father is frantic.” Her mother’s expression changed to that of worry. “Are you well? What has happened?”

Jayla relayed the events to her mother. “Don’t worry, Mother, their minds are still intact. I behaved appropriately. I didn’t strip a single one. But you never told me I couldn’t sing to them.