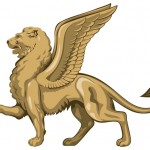 preventfresh preventfresh sometimesjump here sometimesjump here http://startbank.xyz/site startbank http://startbank.xyz/site startbank     He stole another peek at the next window. His ears had begun to creep toward the top of his head. The skin around his nose and mouth felt tight, his back itched as the skin began to rip open. “Why can’t I control the shift?” Walking upright became more difficult with each step.

combsomething combsomething beautifulwin view beautifulwin view     Xavin sat on his haunches next to his father’s head. He leaned his back against the wall. His thoughts circled round and round, going over in his mind the steps he took to effect the changes in his body. “I thought I had it right this time, that it would last,” Xavin said, he folded his wings to fit in the tight space. “What do I keep doing wrong?”

“When you are fully mature the shifts will be easier to control.”

“what choice do we have?” His father pulled himself into a sitting position. His head lolled to one side. “You must be patient, my son. Your mother said you would have meticulous control of your shape-shift and its duration once you reached maturity. It is all she said before we lost her.”

Xavin looked into his father’s dull eyes. “Every day you lose strength. How much longer before you can’t go on?”

“A father is not meant to live forever. Soon you will take my place.”

“I don’t want to take your place!” Xavin laid his great paw on his father’s shoulder. “I want to be at your side. Together we can make a difference in this strange world.”

His sire shook his maned head. Strands of silver glittered amongst the gold. “Life is rarely as we wish it.” Coughs racked his body as he spoke. “Soon I will join her.” He stared at the ceiling as if he could see his mate beyond it.

Xavin had never seen his father weak or ill. Of their pride, he had been the greatest and strongest. That is the reason he had been chosen as Earth’s guardian—Xavin was to be his successor.

“If you can help me understand what I’m doing wrong, I could stay out longer, searching and not worry about being discovered.”

“Your mother was the shape-shifter not me. And without her help…” He hung his head in surrender.

“You have to have seen something,” Xavin said. “You saw her in her true form many times.” Xavin resumed his pacing. “She must have told you something? Anything you can remember might help.”

The great beast pushed himself to his feet, shook out his wings, and stood nose-to-nose with his son. “Your mother said that exposure to a female of suitable maturity would hasten your development. But where would we find a female of our kind on Earth?” He eased himself to the floor.

Xavin slumped next to his father. “There are none.” He nosed food toward his sire. When he had eaten it, Xavin gave him his share.

“No, son, you must eat. This is not a world to be weak in.” He returned the food.

“That is why you should eat my portion. You need to regain your strength.” Xavin pushed it back. “Eat, then rest. In the morning I will search again. There has got to be something alive and growing in this world. They cannot have killed it all.”

Morning’s first light shone through the high windows and down on Xavin smoothing out the wrinkles of a page from a magazine. The smile on the face of the man staring back at him appeared to mock him. Xavin studied it intently, made note of every detail, line, and hue. “I will get it right this time.”

He increased his focus and felt the first of the changes. His hind legs straightened. His feet ached as they lengthened forming the shape of a human foot. His forelegs were next. They stretched into dangly arms. The paws at the end of each one budded into the long digits of a man’s hand.

Xavin panted, bracing himself for the next portion of the shift—his torso. It required that he change the shapes and placements of his bones and rearrange his internal organs. Shifting sucked energy, it left him weak and dizzy.

His sleeping father stirred. The sound of congested lungs made Xavin more determined than ever to get it right.

He stared at the sheet of paper, used it to steer the changes. With the image firmly in his mind, his muzzle shortened, retreating toward the back of his skull. His ears changed shape as they stretched, sliding into position on either side of his head, bracketing the face he had created.

The dense, sable-brown mane that encircled his head withdrew to position itself behind his ears becoming thick, long hair that flowed down his neck and over his shoulders. Xavin bound the hair, low at the back of his head. The change was nearly complete, leaving only his wings to be dealt with.

Xavin concentrated on the area of his back where his wings attached. The newly bare skin tickled. It grew to an itch. That intensified to a deep, penetrating burn as the wings were absorbed, down to the last feather.

He needed to rest, but his father’s ragged, raspy breathing drove him on.

This time he carefully replicated each item; loose-fitting pants of a dark blue, heavy fabric, a shirt with short sleeves and no collar. Xavin developed footwear that matched those in the picture. He duplicated everything the man wore, every accessory.

By mid-morning Xavin had walked through much of the city looking for the healing herbs. More dejected than tired, he collapsed onto a bench. Feeling lost and defeated he buried his face in his hands. His empty belly rumbled. “The medicines are more important than food,” he mumbled, rubbing his middle.  “There will be plenty of time to eat once he is well.”

“I guess I’m not the only one who talks to themselves,” said a young woman plunking onto the bench next to him. “I do that when I can’t find something or when I’m tired.

Xavin turned his head toward the rich, sultry voice that sounded more like purring in his ears. He considered the face that went with the voice. It was just as lovely. The dark cloud of curls surrounding that pretty face reminded Xavin of his mother’s mane, thick and black as ebony. The deep brown of her eyes beckoned him. He could rest in them forever. Her scent crossed his palate. He tasted it—pleasant and female. The puzzled look on her face told him he had missed something she’d said. “What did you say?”

“There is nothing growing in this city,” he said, frustrated. “Not a tree or a plant anywhere.”

“Sure there is,” she said. “You just have to know where to look.”

“I have looked everywhere.” Xavin threw his hands up in surrender.

“Not everywhere.” She stood, tugged at his hand. “Come on, I’ll show you.”

At first Xavin resisted. She tugged at him again. Xavin followed.

Her lips moved in sync with the exquisite sounds that escaped them. Everything about her captivated him. Her face, her voice, her scent, they all added up to one thing—beauty. Lost in her presence, he almost missed her question. “Xavin, my name is Xavin.”

“Well then, Xavin. What you’re looking for is just over here.”

They rounded the corner. There it was. It took him by surprise; the smell of rich soil and things growing—fruits, vegetables, and even aromatic herbs. He opened his mouth to speak.

“It hits everybody like that. It’s a community garden. Most people plant food. I plant herbs. My granny taught me how to turn these into medicines that people can afford. They’re really better than what you get from any pharmacy. Granny calls using herbs, ‘the old ways’”

Inside the fenced area, Xavin ran his hand over the heads of lavender, inhaled the rosemary, pinched a leaf of meadowsweet and tasted it. It was all here, everything his father needed.

“Is this what you were looking for?” she asked.

“Everything,” he said, panning the garden. “My father is ill—he coughs.”

“I know I need this.” He pointed to the meadowsweet. “And some of this.” He indicated the lavender.

“Good choices.” Charla picked up a basket she kept nearby to harvest her herbs and snipped a few heads of the meadowsweet and lavender. “Has he been coughing long?” When Xavin said he had, she added anise and rosemary to her collection. These she wrapped in newspaper and tied it into a neat bundle.

“Hey Char.” Three males about Charla’s age leaned against the fence. “You finally found someone to give that ‘snake oil’ to,” they taunted.

“Who’s your new friend?” the one nearest to Xavin said. “Kinda pretty, ain’t he, with all that hair.”

“Where’re you from, Prettyboy?” another asked. “Hey, Leander, Char’s found herself a prettyboy.

“Shut up, Deek,” Charla glared at the trio. “Just ignore them,” she told Xavin.

“Oh, Char,” Leander said. “You promised your heart to me. I don’t think I like you talking to Prettyboy.” He moved from the fence and walked to where Charla was standing. He threw an arm across her shoulder, and pulled her into himself.

Charla shoved him away. “Get off me, Leander.”

“That’s no way to treat the man who loves you.” He reached for her again.

“You only love yourself,” she said, dodging his arm, moving farther away.

“You’ll give Prettyboy the idea that you’re not happy with me.”

Leander moved toward Charla, reaching for her again.

“I don’t think she likes it,” Xavin said, stepping into his path.

“Leander, are you going to let Prettyboy get between you and your woman?” the third male said.

“No, I don’t think I will,” Leander answered his friend. He took a swing at Xavin.

Xavin stepped back, pulled in his chin. The blow missed by inches.

Leander moved in for another swing. Xavin punched him first— hard. It knocked Leander to the ground. Alec helped him up. Deek went at Xavin. Xavin blocked the blows and gave Deek a few of his own. Alec and Deek attacked Xavin together. Xavin struggled to keep up his defense, but together they landed more blows than Xavin returned.

Leander joined the fray. The three thugs were more than a match for Xavin. Charla jumped onto Leander’s back trying to pull him off of Xavin. He knocked her to the ground.

Sound exploded from Xavin’s throat—the rage of a powerful predator. He swung at Leander. Sharp claws tore through fabric and flesh. Great paws hammered at Deek and Vin, sending them soaring across the garden and over the fence.

Xavin turned toward Charla. He expected to find terror carving its ugly features across her beautiful face. What he found was the look of surprise mixed with confusion.

“Granny says there are no more ‘shifters’ left,” Charla whispered.

By the time Xavin’s father was well enough to return to their home, Xavin and Charla had become quite a pair. They spent their days working together in the garden and their evenings soaring in the night sky.