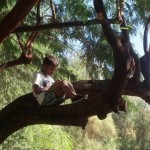 I know, I’ve been away for a long time. Well, I’m finally back and hoping it stays that way. Even though I’ve been away, I haven’t been truly neglectful. I’ve been learning about things to make this sight more useful and enjoyable. For example, I’ve found a blog where you can find flinch-free fiction. I love that term. Basically, what I mean is books you don’t have to worry about ‘F’ bombs flying every which way and detailed descriptions of activities that are best kept behind closed doors. It’s called Clean Indie Reads. You should click over there and take a look.

What you will find is a picture of the book’s cover, a blurb describing the book, a couple of reviews, and a short interview with the author. In the side-bar of the blog you will find a list of genres that will lead you to the clean read of your preference. It’s a great place to find what you’ve been looking for! 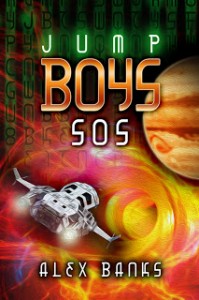 I just finished a fantastic book. It’s listed for the middle grade reader which I prefer to call ‘Tweens.

A dare has gone terribly wrong. An SOS from another universe. Brothers, Val and Jayce, are stranded on earth in an alternate universe, but before they can leave they must save a young girl, Meg, from space pirates. They learn that the pirates are linked to their own universe and rescuing Meg places their family in grave danger. Find out what happens next.

These are the things I love about it. First, it’s science fiction with a great story-line (I love just about anything science fiction!). It’s action filled. And here’s the best part… It is a CLEAN read! NO profanity. NO sexual content. No graphic violence.

As with any story there is struggle between the good guys and the bad guys, but it is handled in such a way that it has just the right amount of tension and the conflict is perfect for the reader.

Clicking here  will take you right to the purchase link.

Hi All, as promised here’s the review of the book Michael Vey: Prisoner of Cell 25 by Richard Paul Evans. 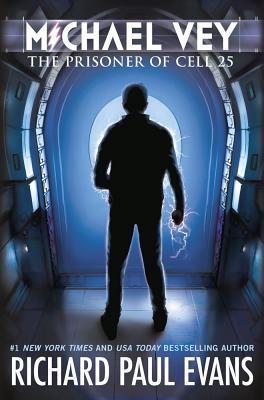 Michael Vey: Prisoner of Cell 25 is the story of a high school freshman who doesn’t quite fit in. There are several reasons for his not being part of the ‘in crowd’: 1) Michael is small in stature. 2)He has Tourette’s syndrome (a tic disorder). 3) Michael has an affinity for electricity. His attraction for electricity is what gets him into trouble, but it is also this odd ‘superpower’ that saves the day.

The plotline is that Michael is one of seventeen children who developed a superpower related to electricity. As usual, there is an evil villain who is trying to gain control of all of these children to exploit their powers.

The villain captures Michael, his mother, and some of his friends, and tries to force him to do his bidding. Michael is able to escape, save a few of the other children that are like him, and wins the heart of the popular girl in school.

I had been told that this book had good values, but I never know what people mean when they tell me that. When I read it I was pleasantly surprised. There is not one word of profanity in the book, there is no sexual content, and the ‘fight’ scenes are wonderfully light-weight and handled in a manner appropriate for children to read (and possibly emulate).

I have two cautions: 1) In the final battle, the villain’s army shoot guns at the escapees, but no one is hit. And 2) the popular girl becomes the hero’s girlfriend and thanks him for saving her life with what appears to be a brief peck on the lips.

Overall the story is entertaining, clean, and action filled. I would say that it is a ‘safe’ read for ages 10 years and up. I would have no problem with a parent reading this book to their 8- or 9-year-olds.

I would be glad to answer any further questions you might have about this book. I am also open to suggestions for my next book review.

Thanks for stopping by!