I have a question for any of you who purchase books for children. But before I ask, I’d like to set the stage a bit by telling you the reason for my question.

As you know I have written the book PRINCESS KANDAKE: Warrior by Choice…Appointed to Rule. The book is aimed at the ‘Tween reader, aged 10-14. Its content is also appropriate for advanced younger readers.

When I wrote this book I made a conscious decision to leave certain content out. I knew I would catch some heat for it, and I did. I’ve even been told that decision was one of the contributing factors in not being picked up by particular publishing houses.

Another conscious decision of mine was to write stories that incorporate ‘happy endings’, protagonists with good values, and to add characters with relationships that some would describe as a bit utopian/perfect.

My reason for doing this is that my target audience is still quite young in their view of the world. I don’t believe it’s my place a an author to tarnish that.

As a mom, grandmother, aunt, and psychologist I want kids to dream and reach for the stars, today. There are plenty of things that will crop up in their tomorrows to discourage them. I see no need for me to speed up that process.

So here’s the question. A few reviewers disagree with my position. I would love to hear from you. What do you think is an appropriate read for this age group? Do you feel this tender age should be introduced to more adult content?

Sheesh! I’ve been so busy. As you know I’ve been working on getting book #2 of the PRINCESS KANDAKE series ready to go to print. Well I’ve finally completed that.

I’m doing a prelease of Weight of the Crown at the Girl Scout Expo in Palm Springs December 15th. For those of you who can’t wait until the official release date of February 1, 2013, let me know and I’ll make sure you can get one, too.

Now I‘m working on my book touring schedule for the year. So far 3 book fairs and 1 school. It occurred to me that there might be homeschoolers that would be interested in having an author event. Contact me for that, too. I’d love to meet you.

Now for my newest project. I’ve been asked to put together a program of creative writing courses and workshops for kids! I’m super excited! I can’t wait to get started. If you're interested, I'll add you to my schedule.

This morning my cover designer, the wonderful and talented Donna Casey, sent me the finalized image for the cover of the second book in the PRINCESS KANDAKE series, Weight of the Crown.

I could not have asked for better. Nor could I keep it to myself. So here it it. 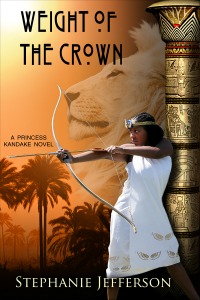 Beautiful, isn’t it! The book is scheduled to be released February, 2013. I'm so excited I can hardly contain myself, let alone wait. 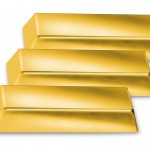 I’m back! I’ve been silent for the past few days contemplating what I want this blog to be and to represent. My mind circled around the reasons for starting the blog and its title. I struck gold!

This is a mom’s space. A place for to get information about kids’ reading, reviews about the books kids read, support and encouragement for moms helping their little ones read, and much more.

Then it hit me. If this is a place for moms, why not hear from them. So I’m offering an invitation to moms out there to guest post on this blog with tales and experiences having to do with books and reading for kids.

So get your thoughts together and email me about your idea for a post stephanie@stephaniejefferson.com

I’m sure what you have to say will be a wonderful encouragement to everyone within the mom community.

That’s today! The international Day of the Girl! It’s all about teaching our girls. Encourage them! Inspire them! Educate them! Read to them.

Imagine, what would happen if you encouraged every girl you encountered to day. What if yours is the voice that told her, “you can do it!” and she did. What if that girl became the next, scientist, astronaut, physicist, architect, or….

All it takes from us is a little encouragement, a little inspiration. There is nothing that a girl can’t do, she jut has to believe that she can.

I am a firm believer in Girl Power! That’s what inspired me to write the PRINCESS KANDAKE series. It’s why I sign every book with a message that she Can. She can do anything that she sets her mind to.

So get out there! Tell your daughters, nieces, granddaughters, goddaughters, friends, and even those you don’t know that They Can! 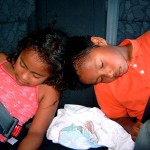 Okay, it’s time for me to change things up with this blog. It’s boring! There has got to be a better way to do this. I read a few ‘Mommy’ blogs and love them. They are down right hilarious!

Today one of the moms was talking about taking two of her kiddoes to the doctor. I had forgotten about the ridiculousness of the offices’ expectations for small children in waiting rooms and examination rooms. She had me laughing so hard that I nearly fell off the bloomin’ chair.

Then I came back to Moms Break Room and read through a few of my posts. Can we all agree that they have been a little dry? I mean really… Clearly Dr. Jefferson was in courtroom mode. That has got to end.

So here’s my plan, I’m going to take a few days to rethink this thing. But when I come back I promise there will be a whole lot less dust blowing in and around the letters posted here.

You all go have a great day. I’ve got a lot of thinking to do.

I was wondering what I should post today. Well…I've been wondering since yesterday because that's when I was supposed to upload a new post. The thing is that I'm not sure I'm writing about things that are helpful to you.

Thanks to my training and years of experience I have tons of information rolling around in my head. The issue is plucking out the bits that moms find useful.

I have a list of things that parents have asked me about like: what books a child should read, when is a book too advanced for a particular age group, what subjects are ‘okay’ for a child to read, etc. But these may not be the concerns that you have for you young reader.

I look forward to hearing from you. 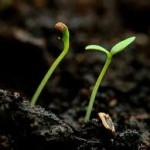 Often times parents become really concerned because their child is choosing not to read. I know the feeling. One day, while in second grade, my daughter announced that she wasn’t going to read any more!

I asked her how long she planned to keep this up and she responded, “Oh, maybe I’ll read when I’m a teenager.” And she literally stopped reading. This was crazy because my daughter had been a very strong reader since kindergarten!

We started getting letters from school saying that she was struggling with her reading. They even placed her into a remedial reading class and offered tutoring after school.

I must confess that I didn’t handle it in the best of ways. First, I lost my mind. Then I asked her in every conceivable way, why she wasn’t reading. Each time she would say, “I’m waiting until I’m a teenager.” At least she was consistent.

Then I came up with this great plan. I told her for every minute of television she had to give me three minutes of reading. So every night while I was preparing dinner, she would bring her chair and book into the kitchen with me.

This worked, but there is a less painful way I could have approached the problem. I think it worked because she was already a strong reader and there was a series on TV that she was really interested in at the time. So here is a better plan for you.

Find out what your child is interested in. Is it comic books, graphic novels, catalogs, magazines? Maybe it’s a story they’ve written themselves. Or a note you’ve written. It really doesn’t matter what they read as long as they are getting the practice.

Participate in the reading with them. How about having them read the recipe to you while you prepare a dish for dinner. Or better still, what about a recipe for a special treat. You can always have them read the instructions to you while you’re putting together the latest ‘assembly required’ purchase.

There’s also the old standby of reading their favorite book with them as each of you takes on the characters as if it were a Broadway production. The point is to make it fun and relationship building.

Fortunately for me, our daughter survived the kitchen chair torture and loves to read. So do her children. When it comes to encouraging our children, the key is relationship first, fun second, and torture last. (Please know I’m kidding about the torture option 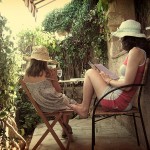 The last blog was about building your children into readers. The first building block was reading to your babes. Then it was reading with them and taking turns. Here’s the next block, your kids seeing you read.

I know, we don’t really like to talk about practicing what we preach, but it’s real. Our children are more likely to do what they see us doing. So here’s the big question: do you read? 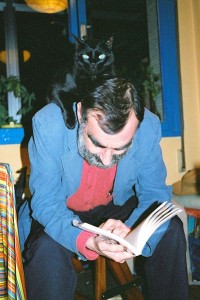 I would love to get you to commit to reading anything. How about it? Let me see…bribes usually work. What can I offer that would be an incentive? Got any ideas?

I’ve got an idea. We’ll turn it into a bit of a competition. Make your suggestions in the comments and I’ll select something from the list. Then I’ll offer it as a prize for the most times caught reading by your kids!

Let’s get it going!

We all, as parents, want our children to become great readers. Sometimes it happens without our paying much attention, like the child who reads under the covers long after ‘lights out’. Sometimes it’s almost like pulling teeth getting our kids to read. I’d like to offer a few suggestions for getting them started.

For the early reader, start by reading to them and as you read, have them read along. Then the both of you decided upon one word that they will read. So that every time you get to that word it’s their turn to read it out loud.

The word could be as simple as ‘do’ and ‘the’ or as complex as ‘anything’ and ‘sometimes’. In either case make sure it is a word your child can readily recognize and easily pronounce.

Make it fun! See how many different voices your child can use when they say the word. Or have them clap or snap their fingers. Here’s a secret: the more sensory modalities (touch, taste, sound, etc.) you use when learning something new, the more deeply ingrained is the learning.

For your older reader, you might want to substitute a line, paragraph, or a page instead of a single word for their turn. Have them try reading with different accents or treat their reading as lines from a script. The key is to make it a fun and relational time!

It doesn’t matter what you read, it could be anything from cereal boxes to comic books. The point is to expose your child to the written word and help them understand what they are reading.

At the end of your fun reading time, ask questions. Ask them what their favorite part was. Ask them about the characters. Ask them which character they would like to be or what they would have done differently if they were that character. Be sure to share your thoughts and ideas with them, too.